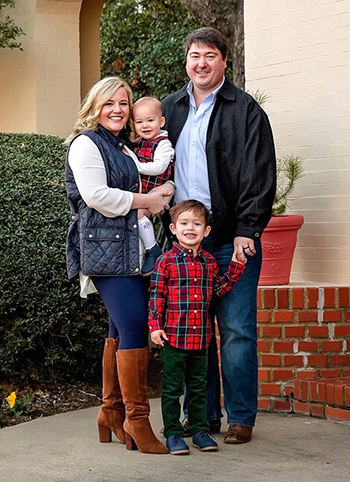 Mary Nan Huffman is the experienced choice for Harris County. She is a mom and a smart, tough prosecutor, not a politician.

“As your next district attorney, I will hold criminals accountable by enforcing the laws of the State of Texas and then administering appropriate punishment. I will protect the public by supporting the efforts of law enforcement and be a voice for victims. I will return experience to the district attorney’s office, so the citizens of Harris County have a safe place to live, work, and play.”

Mary Nan Huffman is running for Harris County District Attorney because public safety is most important.  She looks forward to seeking justice in evidence-based investigations while running the office with the highest ethical standards because that is what the citizens of Harris County expect and deserve.

Mary Nan Huffman grew up with her four siblings in Denton, Texas. Huffman watched her parents’ involvement in local politics and learned from an early age the importance of public service. Mary Nan graduated from the University of Oklahoma with a Political Science degree and attended St. Mary’s University School of Law. While in law school, she worked at the Tarrant County District Attorney’s Office and developed a passion for criminal prosecution.

Mary Nan Huffman served as a prosecutor in the Montgomery County District Attorney’s Office for almost 10 years, rising quickly to become the Chief Felony Prosecutor in the Child Exploitation Division and over the Internet Crimes Against Children (ICAC) Division. During her time as Chief of Child Exploitation, she prosecuted a wide range of internet-related crimes committed against children: child human trafficking; the possession, production, and promotion of child pornography, child sexual assault; and any other case involving the sexual exploitation of children online. She directed the work of multi-agency task forces from federal, state, and local agencies.

Huffman now works as an attorney for the Houston Police Officers’ Union representing officers in a variety of matters associated with duties as an officer.

Mary Nan has been married to Eli Huffman III for 11 years. The Huffman family attends St. Cecilia Catholic Church. They have 2 young sons. Huffman wants her children to grow up in a safe place and believes everyone deserves to feel safe. Huffman loves Harris County and thinks it’s one of the greatest, friendliest places to live, but believes our hospitality doesn’t have to extend to people who commit violent crimes.